Young people are both the present and the future of Europe. To ensure their full integration into all spheres of society and to facilitate their transition to adulthood, young people as a distinct group require additional support and customized rights-based opportunities. The European Union and the Council of Europe have enacted a number of social and youth rights standards and policies to achieve these goals.

In recent years, many of the social youth rights have gone digital, allowing young people to exercise their rights online. However, in the digital space, not all young people have equal access to their social rights, information on how to apply them, nor the same means or opportunities to exercise them. Although digital has been one of the EU’s primary strategic orientations even before the COVID-19 pandemic outbreak, we witnessed a new digitalization wave in 2020 and 2021 that impacted nearly every aspect of our lives at an unprecedented rate and on a massive scale—leaving little time or room for adequate full transition and application of social rights in the digital space.

To ensure that the social rights of young people in the digital world are adequately safeguarded and protected, CONNECT International has developed a set of recommendations to aid authorities in charting a course to this end.. 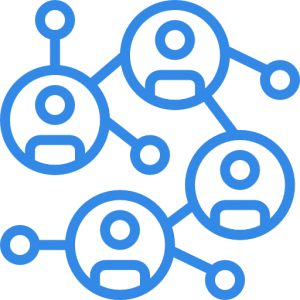 CONNECT urges authorities to broaden the discussion about the effects of digitalization on young people’s social rights. Many aspects of daily life have become digital, especially during the COVID-19 pandemic. Although the new wave of digital transformation offered many benefits in principle, it was rather sudden, unexpected, and abrupt. As a result, there was insufficient time for discussion about (the application of) youth social rights in the digital world, which in many cases resulted in the limited application of youth social rights in the digital space.

CONNECT International is adamant that both understanding of different (digital) realities that young people live in, and access to information about how to exercise rights online, are crucial elements in ensuring that young people can exercise their social rights online. While embracing and building on the principles laid out in the EU’s European Pillar of Social Rights, CONNECT encourages authorities to take actions and foster discussions about the application of social rights online, resulting in both recognizing challenges that young people face and bridging any potential gaps, but also allowing them to get information about their social rights, how to exercise them online and how to protect them in the digital age. 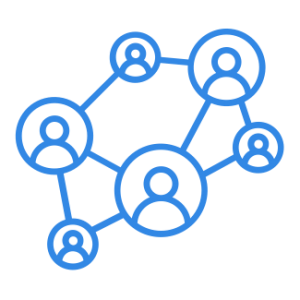 In line with the EU’s broad efforts and policies to achieve equal opportunities for all online, CONNECT invites all relevant stakeholders to re-energize their efforts to ensure inclusive access to the digital world for all young people and to accelerate the implementation of the previously mentioned policies. CONNECT believes that specific groups of young people, particularly those who have traditionally been considered marginalized, have or will face difficulties as a result of rapid digitalization. Furthermore, CONNECT encourages all stakeholders to engage in a discussion to determine whether any new marginalized groups have emerged as a result of rapid digitalization, under what circumstances, and to what extent is that impacting their social rights.

According to official statistics, 3 percent of European Union households did not have access to the internet at home in 2019 because they could not afford the equipment costs, while 2 percent of those households could not afford the provider company’s costs. In the countries beyond the borders of the EU, the statistics are more concerning. Despite the fact that the pandemic accelerated the digital transfer of education, vocational training, and employment, a significant proportion of the young were still unable to take advantage of many opportunities due to a lack of technological infrastructure. Furthermore, many young people in this digitalization wave did not have adequate equipment for education and training (such as computers or laptops), which, in many cases, resulted in a lower quality online experience.

Take measures to facilitate access for the youth with disabilities 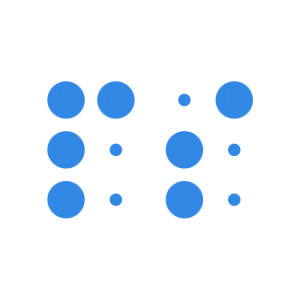 The rapid digital transformation, on the one hand, allowed for the continuation of many social and educational activities online, but on the other hand, was not fully utilized to allow all groups to equally enjoy content online, particularly for people with disabilities. In accordance with the provisions of the European Social Charter concerning the protection and inclusion of people with disabilities, CONNECT International urges authorities to facilitate smooth and equal access to digital social rights for all groups.

CONNECT supports the adoption of Directive 2016/2102 of the European Parliament and of the Council of 26 October 2016 on the accessibility of public sector websites and mobile applications, which adheres to the principles of the UN Convention on the Rights of Persons with Disabilities, and calls on the EU and CoE member states to ensure that, at least, public authorities’ websites and mobile apps are designed so that they can be accessed and operated by people with disabilities. This initiative is especially important given that 98 percent of the world’s top one million websites do not provide full accessibility.

Furthermore, similar to the Commission’s decision to establish the “Disability Platform” group of experts, structures at lower levels, namely regional and local, should be deployed to guide, among other things, the development of digital technologies for the people with disabilities, allowing for their full integration into the digital age.

Digital skills to safeguard social rights online, in particular the right to education 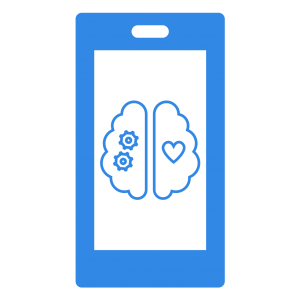 CONNECT urges authorities to further support activities and training that will improve both young people’s and educators’ digital skills and, as a result, improve access to and participation of young people in digital education. CONNECT strongly supports the implementation of the EU’s Digital Education Action Plan (2021-2027), as well as the adoption of the Regulation 2021/694 of the European Parliament and of the Council establishing the Digital Europe Programme, with the goal of emphasizing the enhancement of the youth’s digital literacy from an early age.

Because of the rapid transfer of both formal and non-formal education online, it is necessary for young people to be digitally literate and build digital skills that would allow them to fully enjoy their right to education online. According to official statistics, nearly one in every six young people had low overall levels of digital skills, while another two in every six had only basic ones. CONNECT believes that preserving the access to meaningful education in the digital era should be one of the top priorities, as it is a critical component of our society’s development. 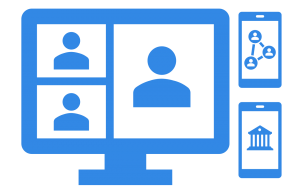 Equal and just employment opportunities for young people throughout Europe are critical for promoting our European way of life. CONNECT encourages relevant stakeholders in the digitalized era to ensure equal working opportunities, as well as to secure proper working conditions for young people in the digital space, with a focus on both their physical and mental health.

This recommendation is aimed at both regulating digital working spaces and ensuring that employment rights and opportunities are equally available and respected in the online and physical worlds. Access to diverse training and employment opportunities, as well as respect for working hours, including respect for holidays and days off, should also be equally provided in the digital space. CONNECT therefore invites both authorities and employers to better define and implement healthy working conditions online, as well as to ensure mechanisms for their implementation. Following the Eurofound’s (2021) report “The digital age: Implications of automation, digitisation, and platforms for work and employment, Challenges and prospects in the EU series”, and the EU’s Youth Goals, CONNECT supports the initiative and advocates for a review of existing regulations governing the health and safety of digital workers, as well as the establishment of relevant bodies to monitor stakeholders’ compliance with them. 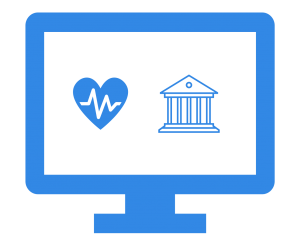 Among the other aspects that have gone online are the majority of social services. CONNECT supports EU initiatives such as the EU eGovernment Action Plan and urges authorities to ensure that young people’s right to access social services is respected and can be exercised. To that end, CONNECT proposes that the competent authorities undertake actions that will facilitate this process, as well as provide guidelines on how those services now operate online.

Additional supportive services should be provided, for example, by the establishment of digital hubs for each type of social service, where young people could address their issues, questions, or complaints, which would be addressed immediately by experts. As a result, young people could be shielded from the bureaucracy that the physical process of such an inquiry would entail, and their access to services would be much more effective and timely.

This recommendation is especially pertinent given the increasingly digitalized societies we live in as well as the ongoing development of various technologies, such as augmented and virtual realities, which will result in more digitalization in the daily lives of young people and new generations.

Ensure the right to organize and participate in digital space 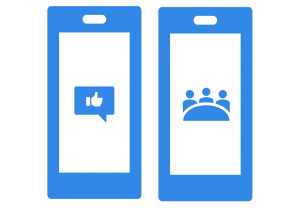 CONNECT believes that one of the most important rights of young people is the right to form unions to pursue their social and economic interests. The right to organize is also protected by the European Social Charter, and it should be strengthened as part of digital citizenship. CONNECT encourages relevant authorities to promote policies and even pass legislation that will ensure the proper exercise of this right by young people in the digital space, building on the European Union’s Youth Strategy 2019-2027, which calls for young people’s participation in policies and activities that affect them, during their overall development and follow-up, and the creation of organizations

CONNECT also echos the EU Youth Goals, which call for, among other things, information availability and dialogue with youth and encourages stakeholders to use digital technology to continuously consult young people about their rights, but also to provide other online participatory mechanisms through which young people can voice their opinions and orient and shape policy making. 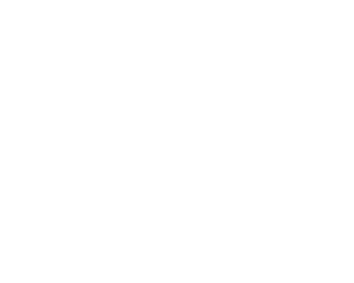 The DEVELOPMENT OF POLICY RECOMMENDATIONS is supported by the European Youth Foundation of the Council of Europe.