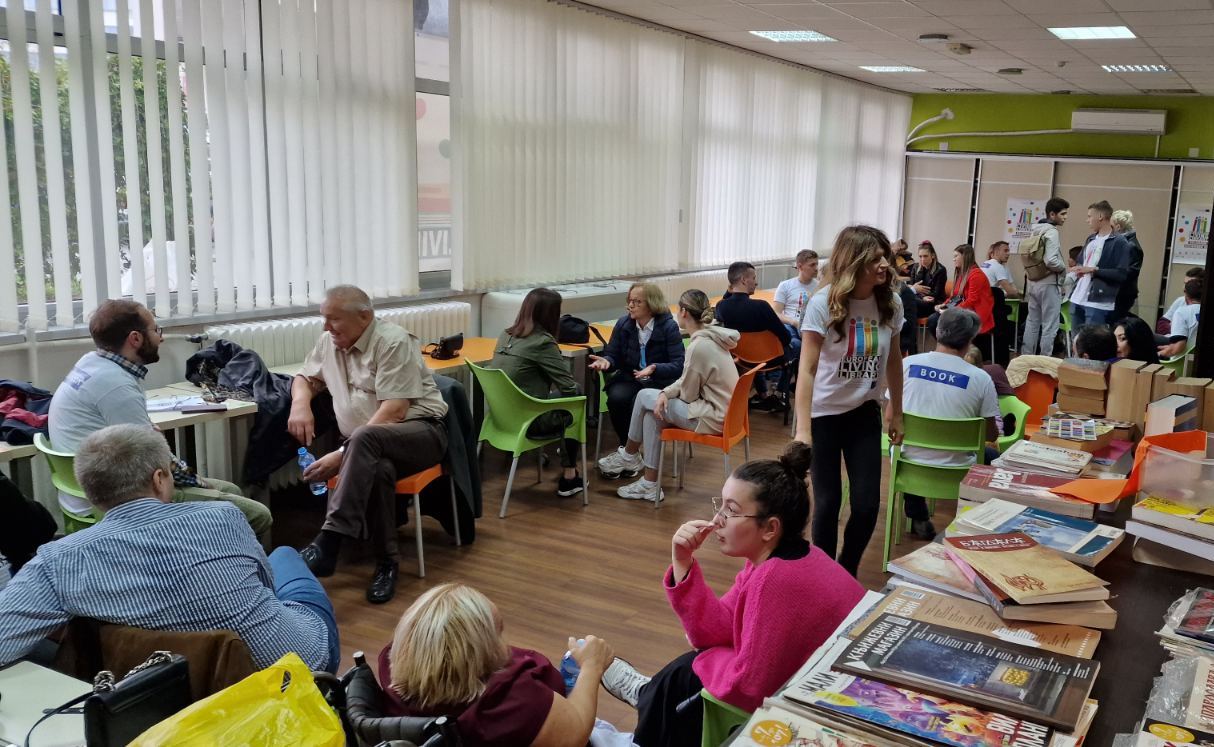 The long journey of the project “European Living Library for Young Citizens” is slowly coming to an end. The final set of events and meetings was held from November 4 to 7, 2022 in Belgrade, Serbia, thus concluding a series of activities that have visited Thessaloniki, Bijeljina, Skopje, Valencia, and Ljubljana over the past 2 years. The Belgrade event as the final one included many activities and people coming from many countries around Europe. For this event apart from partner countries we had people coming from new countries ready to learn and multiply ideas of the European Living Library for young citizens in their countries.

A Series of events were held that included meetings, workshops, and promotional and public events. Events were also open to the public on the 4th of November afternoon in the main walking zone of Belgrade in Belgrade City Library and on the 5th of November for the main public activity held in Library “Petar Kočić”. These events attracted numerous citizens from the local community who had a chance to read our living books coming from many European countries this time. These encounters between “readers” and “books” enabled them to exchange experiences, ideas, life stories and other aspects of their identities. This is also an event where we finalized filming testimonials and life stories that will be merged into short films to be shown in civic education classes in schools with the goal of promoting European values and mutual understanding.

The events within the “European Living Library for Young Citizens” are organized with the support of the “Europe for Citizens” programme of the European Union with the aim to bring Living Libraries to cities around Europe in order to boost the dialogue among citizens belonging to different socio-economic groups in order to break prejudice and stereotypes.