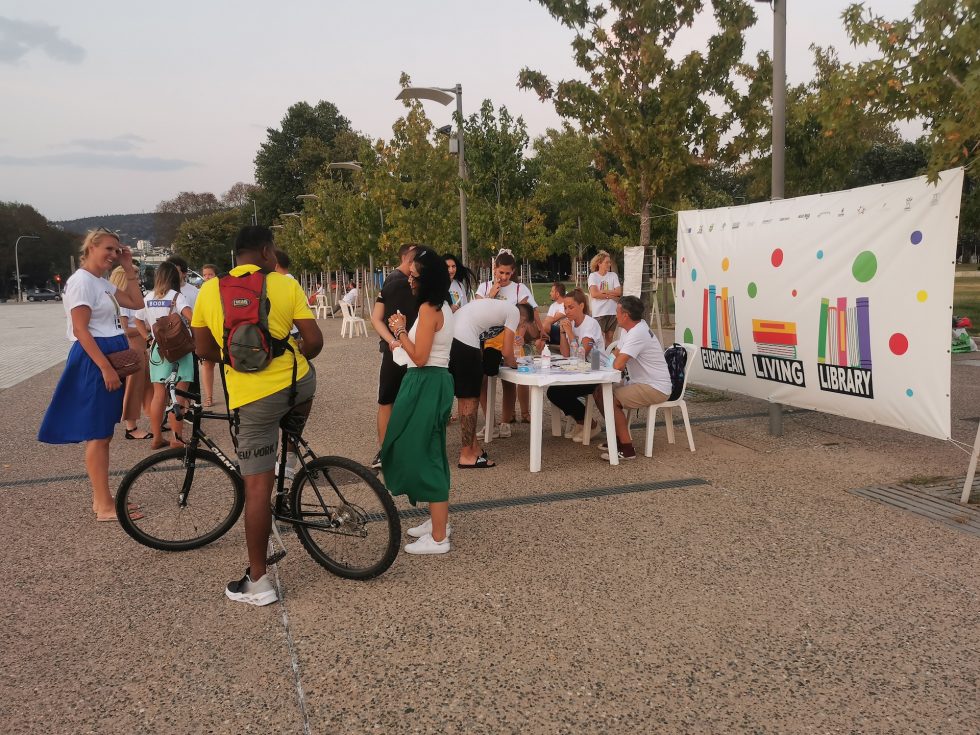 Project “European Living Library for Young Citizens” was organized in Thessaloniki from August 23rd to 26th, 2021.The project involved over 100 citizens, including  33 invited participants from the cities of Belgrade (Serbia), Quart de Poblet (Spain), Skopje (North Macedonia), Sarajevo (Bosnia and Herzegovina, Ljubljana (Slovenia), Brussels (Belgium). As part of this project the “reading” of European living books was organized in one of the main squares in Thessaloniki. Every living book which was present is a person with a unique identity and a life story ready to be shared with everyone who shows a willingness to listen. The citizens of Thessaloniki and the visitors of this city of all ages, genders and backgrounds were eager to “rent” our books and have fruitful discussions with them.

The living libraries were organized with the support of the Europe for Citizens Programme of the European Union. The aim of the project is to bring the European Living Library to different cities of Europe with the idea of boosting the dialogue between citizens from different countries and socio-economic backgrounds in order to break prejudice and stereotypes between them.

Stay tuned and follow our work as we intend to bring the Living Library to Sarajevo, Skopje, Valencia, Ljubljana and Belgrade. Don’t miss your opportunity to become a part of the effort of building understanding between European countries and people.