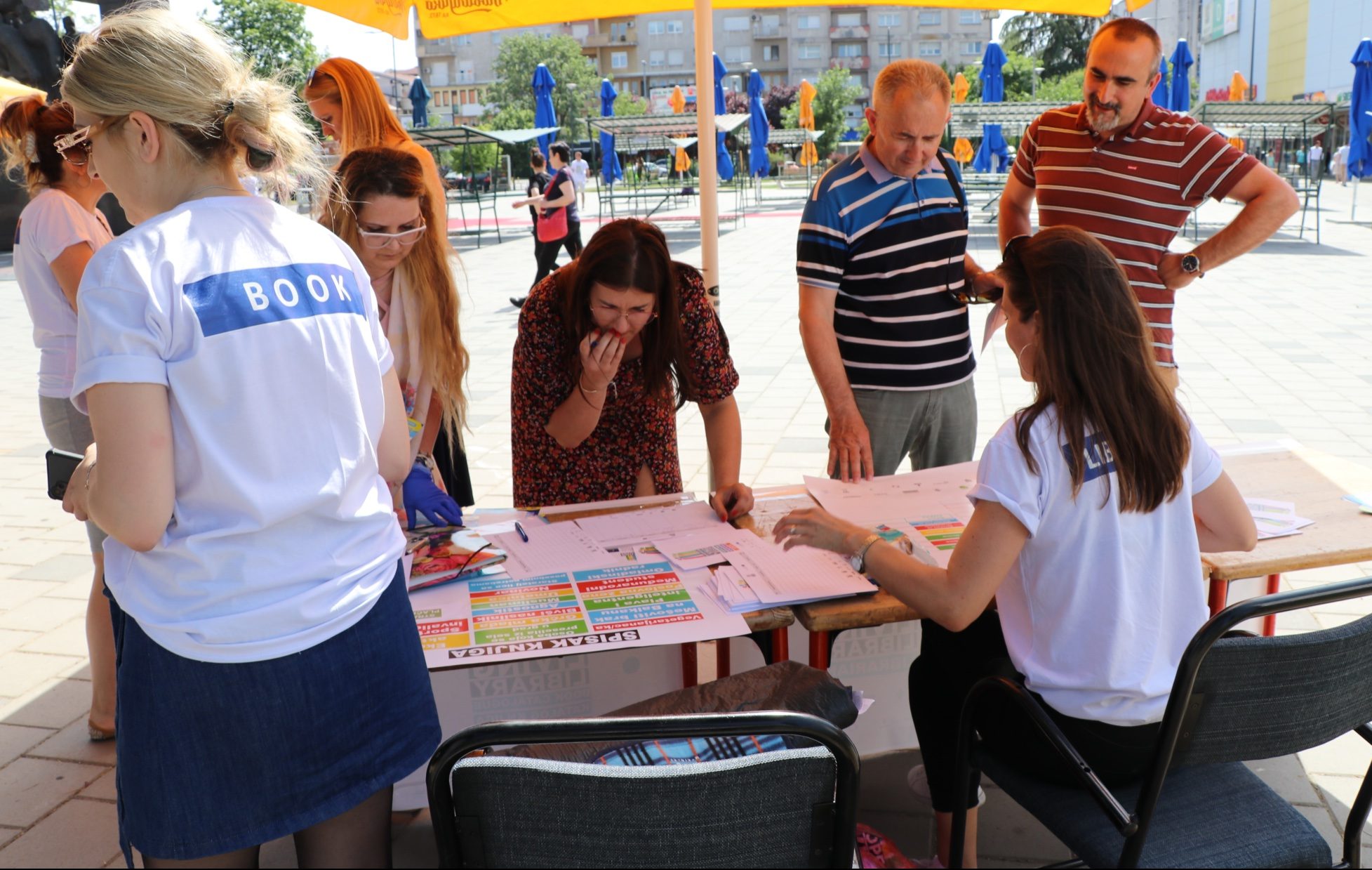 European Living Library in Bijeljina, Bosnia and Herzegovina, was organized from 25 to 28 May 2022. More than 90 directly involved participants took part in its implementation. The special focus of this event was given on discussions on the future of Europe from the perspective of participants from the four focus groups of this project – young people, elderly, migrants, and women. The part of the event open to the general public was held in the main city square where a large number of citizens showed up to take part in discussions with books. Every living book reprents a person with a unique identity and a life story ready to be shared with everyone who shows a willingness to listen.

European Living Library events are organized with an aim to bring the Living Libraries to different cities around Europe with the idea of boosting the dialogue between citizens from various countries and socio-economic backgrounds in order to break prejudice and stereotypes between them in one hand and to strengthen European citizenship and common values in the other.

The journey of the European Living Library is continuing! Stay tuned and don’t miss the forthcoming events.

This project is co-funded by Europe for Citizens programme of the European Union.