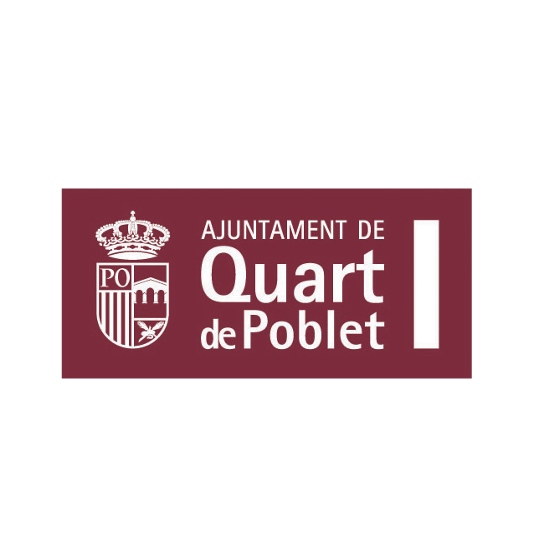 Quart de Poblet is placed in L’Horta Oest County, in the metropolitan area of Valencia City, besides Turia River. Quart has a 25.441 population according to 2019 census.

There are three fields where Quart de Poblet is leading among other public institutions in Spain: Accessibility, Youth and Open Government.

Quart de Poblet was awarded in 2005 with the “Queen Sofia Award” for promoting Universal Accessibility, underlining the importance and the efforts placed in the political agenda to these issues and prizing the continuity and sustainability of these efforts. Furthermore, Quart de Poblet is (apart from Madrid) the only Spanish city that has received the World Award in 2015 for Participative Democracy from the International Organization for Participative Democracy Aspects like the availability and access to updated information services about transports and mobility, health, sanitary and social emergency, education, public services in general and endowments and infrastructures of the Information Society are considered high-priority.

All the policies are managed in a horizontal way among the different municipal departments. The local police actively participate in implementing the local policies designed by the municipality, especially in those related to gender violence and mobility. The whole police team (composed of more than 35 officers) has received training in how to intervene on gender violence issues. Among their other duties, the officers control the traffic in Quart de Poblet (especially protecting the school’s surroundings).